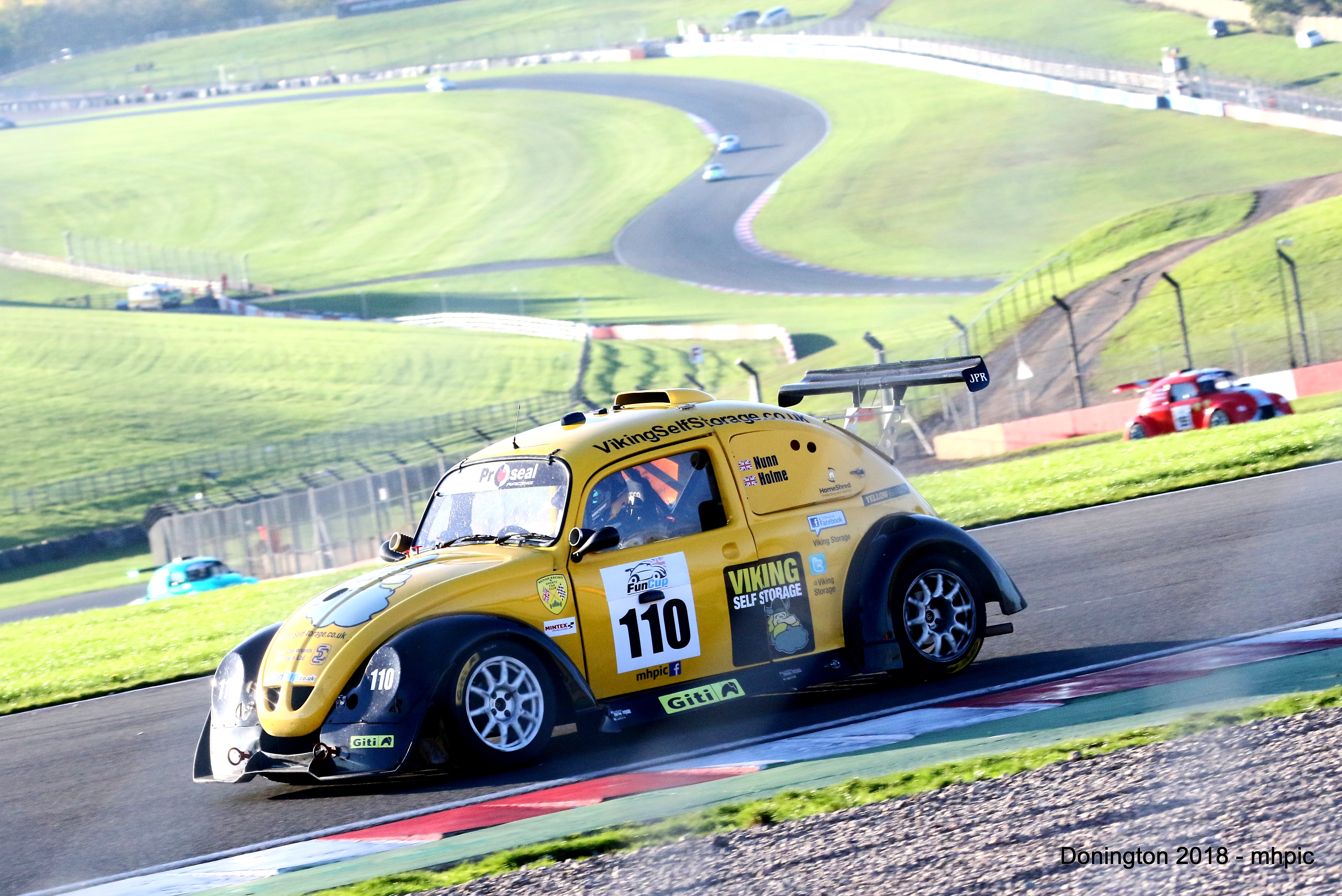 The Viking team finished off the season in the best possible style, with third place in the four-hour race at Donington and taking second place overall in the championship.

It was a weekend like no other for the team, who had to deal with the excessive media attention and commitments that come with a race final, but drivers Mark Holme and Nick Nunn were relaxed, and that showed in Friday’s testing.

During Nunn’s testing session he noticed the sump tank was leaking, and the team was forced to contemplate welding the tank, before chief mechanic Aaron decided to change the sump instead. “Aaron and five others had to take the engine out to replace the sump,” explained Holme. “It’s testament to Aaron that he was able to do this major change and get us back out on the track with 30 minutes worth of driving left.” The testing had gone well, and both Holme and Nunn were setting consistently fast times.

Holme and Nunn remained relaxed on race day, but once again received a bad draw for the grid – starting the race in 24th. Holme drove the first stint of the four-hour race and found himself in a pack of six fast cars early on, creating lots of contact and losing him time, as well as making for risky overtakes. Team strategist Jack called Holme in, who had made his way up to 16th, but was in danger of losing valuable time if he stayed out any longer.

Nunn jumped in the car and was away from the traffic, managing to push car 110 up to 6th by the end of his stint. By the time Holme was in for the third stint, he was up to P2 and chasing the championship leader.

When Nunn went out for his second stint, Team Viking was still in P2, but a wire broke in the car’s Proshifter gearbox, leaving him stuck in fifth gear. Jack decided to leave him out on the track; although he was losing three seconds a lap, it was better than creating another pit stop. This decision forced Nunn to spend the next 35 minutes in fifth gear. “Nick did an amazing job in fifth gear for so long,” exclaimed Holme.

When Holme went out for his final stretch, after the problem had been fixed, the team were down in 13th. “Aaron had done a great job again on the car,” said Holme, who was able to push the car up to sixth by the end of his stint – but not without difficulty. Three cars were weaving in order to block Holme from overtaking, and Jack once again called him in due to the possibility of a non-finish, which the team couldn’t afford to risk.

Nunn went out to finish the race and was in sixth, managing to push one place further up into fifth with two laps to go. In the closing lap, two cars had to retire, handing third place to Team Viking.

After four years of racing this is Team Viking’s greatest season. It has claimed three podium finishes and finished second in the championship, mainly due to its consistency.

“Thanks has to go to the drivers, Aaron for keeping the car in great condition, and Jack for his strategic input. It’s been a great season,” said Holme.