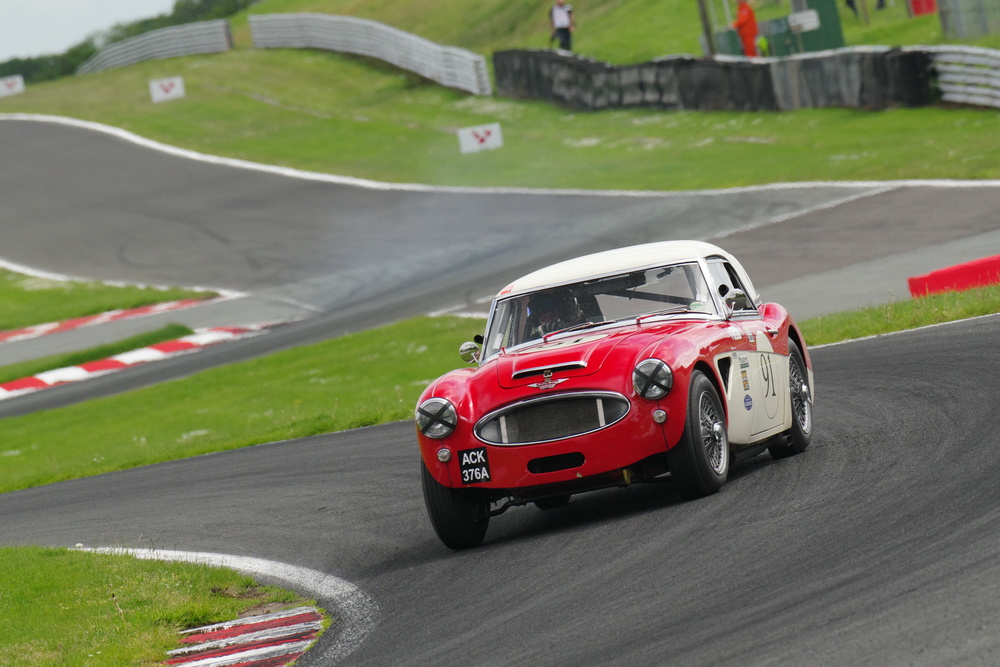 It was a busy day for Team Viking’s Mark Holme at Oulton Park, with both his MGB and Austin Healey 3000 in action in the Equipe GTS races.

Having qualified his MGB fourth for the first race, he spent the first half of the race chasing Peter Smith’s similar car. “I got delayed when another car was slow away at the start, so dropped to sixth. I got by a couple of times, but he had me on the straights,” he explained.

Having briefly led as his rivals pitted first. He came back out in a solid third, behind the MGBs of Tom Smith and Neil Fisher, but had to settle for fifth at the end, as both Peter Smith and the Morgan of Martin/Oliver Pratt got by with five laps remaining. “I lost both places negotiating backmarkers,” he added.

For the Pre-63 race he was out in the Healey 3000 having qualified second behind Jamie Boot’s TVR Griffith.

Jack Rawles' Healey got the best of the start, with Holme a close second. They had remained a fraction apart until lap seven, when Boot managed to usurp them both. “Jack was actually holding me up, but I finally got him at Knickerbrook and broke away,” said Holme.

Pitting from second place, he rejoined third but his race was soon run.

“I was heading into the Shell Hairpin and their was a puff of smoke, so I pulled off straight away and the head gasket had gone,” he concluded.