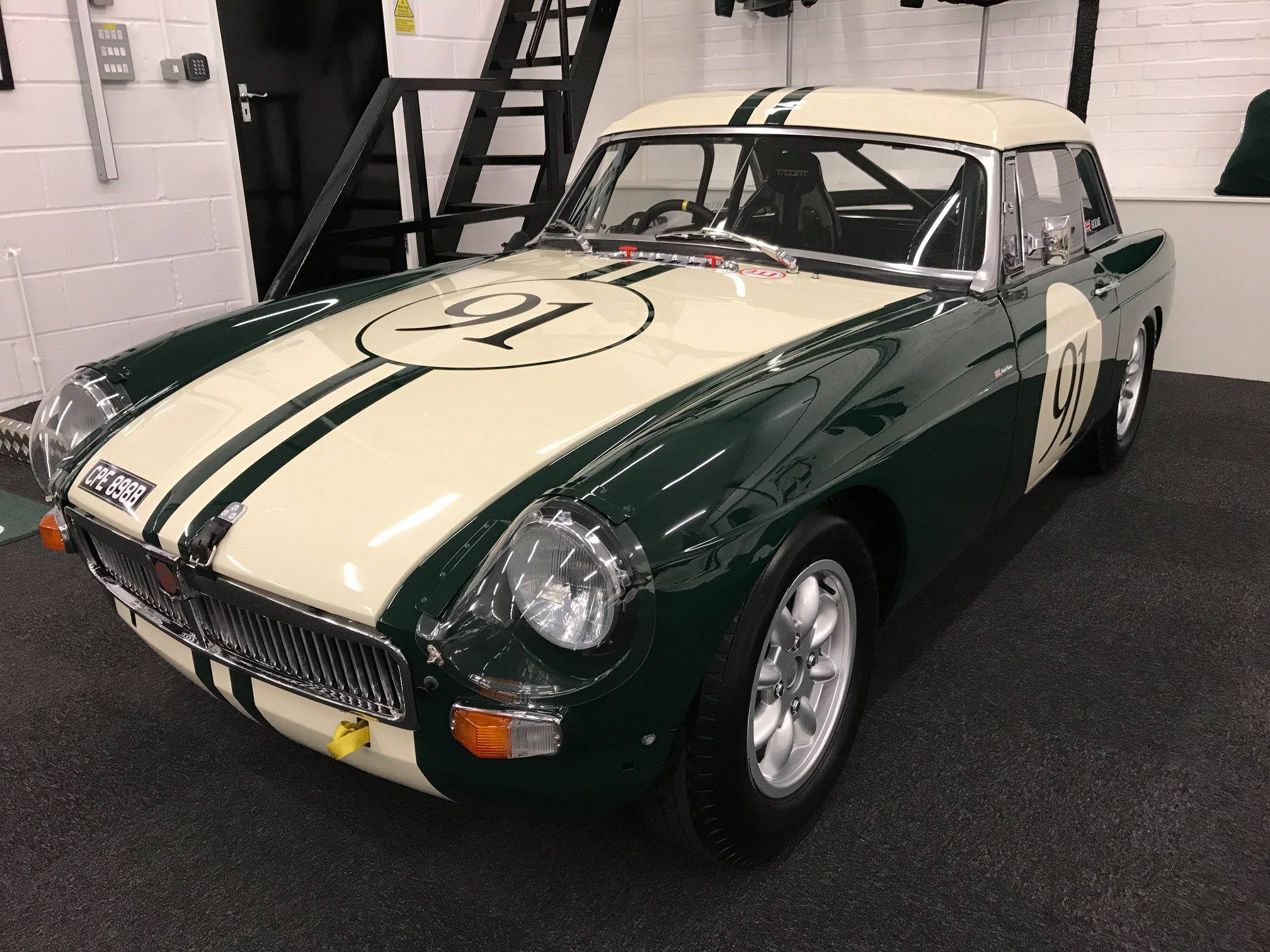 Team CarSafe, after a sucessful couple of seasons as co sponsor with Team Viking in the UK and European Fun Cup series, are proud to be sole sponsors of Mark Holme in the upcoming GTS Equipe race series http://equipegts.uk/

A racing MG has been created by MG Motorsport from a 1964 MGB heritage shell, in cream over British Racing Green which we think looks stunning.

We wish Mark luck for the racing season and look forward to many podiums!